Traveling half way across the world for a 70.3 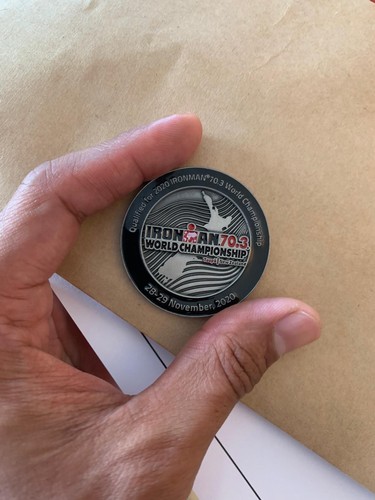 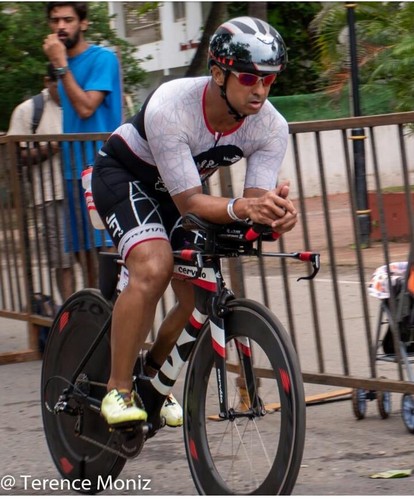 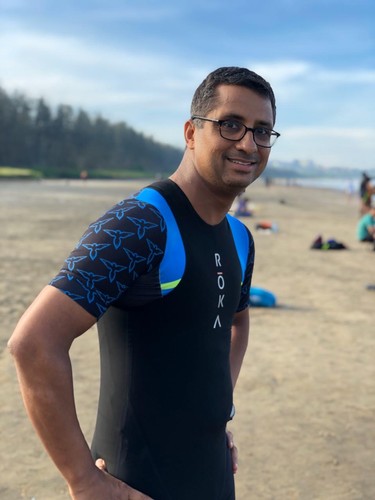 Why go halfway around the world?


Late last year (2018) the spousal unit's brother announced he was getting married in India in October. That meant the entire clan would have to travel to India for the wedding. I had vague rumors that Ironman was trying to get a foothold in the subcontinent, and it just so happened, that the timing of the wedding and the inaugral Ironman race in India were only a week apart. Before the wife could object, I had promptly entered my credit card information and just like that I was signed up for a 70.3. The race was being held in Goa - which is a beach state. The only thing Goa is known for is the beautiful beaches and the laid back idyllic towns that dot the coastline. Granted most of my memories of this place are rose-colored from being nostalgic about all those summers and winter weeks I spent vacationing there while I was still back in India.


Fast forward to March, a new job meant I was relocating to SF from Seattle, and it came with the added perks of international travel for work. Plus the added travel to "commute" back to Seattle meant planning my training schedule required a spreadsheet and a PhD in data analytics. Fortunately for me, my coach was quite up to the task and tried her best to make some sense of my crazy schedule and tried to bring some consistency to my training. I had 4 major races planned for the year, Oceanside 70.3 which was more of a lets see what racing feels like again after IM Whistler 2017 and the IM blues that followed. IM CdA 70.3 which went out the window because I was in Europe the week before the race and would be travelling the week of that race. IM 70.3 Goa, which would be followed immediately by IM AZ.


The bulk of my training (aka the little that I found a rhythm for) was roughly 12'ish hours per week that peaked close to 17hours a week just before I flew to India. A typical week looked like a swim (either a paddle+bouy+band swim or sets of 100s) and a run combo on Mondays,  2x20 set on the bike on Tuesday that would bump up power every week. Wednesdays would be a speed swim set of 200's and an evening bike ride with folks from work - about 20'ish miles but a ton of climbing. Double run day on Thursday, Short hard bike intervals on Friday and short hard 50's 100's swim. Saturdays were my long bike days which gradually bumped to about 90-100 mile rides. Sundays were my long run days which gradually bumped up to 3hour runs.


The race was off one of the major touristy beaches (Miramar beach - no not the one from TopGun) thats right next to the capital city - Panjim. There was a Marriott right next to the race start that served as an unofficial race hotel. For some reason the RD team couldnt get a tie in with them about a partnership. This was surprising considering the hotel staff was going out of their way to make sure that all the athletes were well cared for. For being a Marriott, it was being run as a Four Seasons. I could get used to that experience :D :D


This is the Indian subcontinent so its hot, and humid. Think of the hottest race you can imagine, it felt hotter than whatever you just imagined. The weather said temperature was 87F or so, with between 60-80% humidity. At the bottom of the weather app, it would non-chalantly say - feels like 103F.  This also meant that this was a non-wetsuit swim. A start attraction was Natascha Badmann was racing - an absolute legend. The RD had provided for 2 practice swims on the Friday and Saturday leading up to the race but there was no other swimming permitted - rip tides and a nice big red flag fluttering on the beach prohibiting any water activity. There was also no warm up swim on race day.


Race day - woke up at 3:30 AM, the hotel had opened their kitchen for providing hot breakfast to all the athletes and their main restaurant with the buffet breakfast was bustling as groggy eyed nervous people walked in for food. Sauntered over to the transition area, got setup, grabbed my swim gear and walked the 0.5K to the swim start. Lined up at the front - since I was expecting a 32-34 minute swim and figured the handful of faster swimmers would leave me in the dust and I would find some calm water to swim by myself in no-mans land. Alas that plan was not to be. The swim course was laid a little funky - a rectangle with the short side leading away from the beach and the long side going left parallel to the beach. We were to do this thing twice, getting out of the water and running over timing mats between the loops.


The water being really shallow, meant that the run up to the water took me almost half way to the first turn bouy. Once I started swimming, I immediately got tangled up in the bouy line. That was weird, until i realized that there was a wicked current pushing everyone right to left. The first turn was eventful trying to untangle myself from the ropes and hoping not to drown. Second turn - easy - ride the current all the way down, made the turn took two strokes, looked up and the bouy was gone - that current had pushed me about a 100m away from the line. Readjust and aim for the archway that was visible by the start. Made the third turn - and realized that I was making no forward progress. Looked up to sight and saw everyone around me was up on their feet and running through the water. Nah -- swimming is faster than walking - i had read someone say this on slowtwitch. Apparently not.  Swim time 44:15


Get on the bike, and head out on to the course, The course could be divided into  -


Repeat this thing three times. As I climbed through the hill the first time around, I could count about 15 people ahead of me, and was rallying up a group to bridge a gap when I flatted. About 2.5 minutes to fix the flat and back in the game. Had lost several spots and had dropped from 2nd in my AG to about 14th. The problem with not having a consistent training block was not having the base volume to keep firing on all cylinders through the ride. Even though my top-end power is at its best number this year, I was slowly starting to lose time to the front and could see my NP slide on my Garmin. Coupling that with not being able to keep any nutrition in because of the heat meant I was now looking at a game of attrition and trying to right this ship. From a ride that started off looking like a 2:35-2:40 ride - I got off the bike in 3:01 still in 14th place though.


The run was a 3-loop ordeal, that climbed past that no-pass zone on the bike and through some rollers before turning around and heading back to within spitting distance of transition. My run has historically been the weakest of the three, and I was bracing myself for a debacle. The plan was to let the legs settle into a steady rythm over the first 3 miles then pick it up to what felt comfortable. As expected legs felt like jello through those first 3 miles, and by the time I hit mile 3, the cadence kicked in and it felt like my regular run was back. I was feeling great, they had coke and ice and sponges at the aid station to help cool you down. Bike for show, run for dough someone said on Slowtwitch. Steadily kept passing a bunch of people. At the second loop turn, I saw Natascha Badmann headed in towards the finish and it finally sank -- I am just 3 miles on the other side of the course from one of the most legendary triathletes of all time. Lets goo!! Finished the run in 4th AG/ 31st overall in 2:01


Went to the rolldown after and my AG had 12 spots for Taupo. Off we go!! A very unlikely finish against arguably a weak field, but a slot is a slot right?